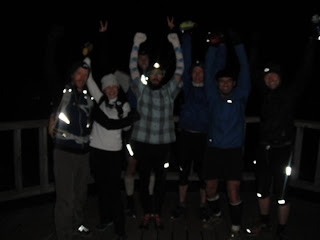 It was my absolute pleasure to participate in the 6th Annual Pitchell 100K this year. Birthed by the mind of Mad A (Adam Hill) in 2004, the Pitchell is an annual 67 mile pilgrimage from the summit of Mt. Pisgah to the summit of Mt. Mitchell usually run in October, and all on the Mountains to Sea Trail. It's a difficult and unusual run.

In the past, this run has proven to be quite the challenge by the terrain laid forth in the mountains surrounding Asheville, NC, as well as the finicky weather in the month of October. This year, however, the weather was beautiful, allowing both Mad A and Cheetah (Mike Mason) super speedy finishes. Congratulations to Adam Hill for setting a new course record of 15:06 !!

The Plan
This run was unusual in that some people were running the 100K and some people were running the FAC 50K. Dave and I were running neither- we were starting at Pisgah and running to FAC or beyond. Adam, Sultan, Matt, Mike and some others were going for the full Pitchell. Others still were starting at 6:00 am at the FAC and running to Mt. Mitchell. What this meant to me was that the only person I ever saw was Dave. Luckily, I enjoy running with Dave.
Pre-Run Fun
Adam, Matt, Jeremy, Mike, Sultan, Jon, Dave and myself all gathered at Mad A's house Friday evening to prepare for the midnight start from the summit of Pisgah. It was great to catch up with everyone and just hang out and share some food and coffee. Thank you Lily, for the wonderful pizza- those 2 slices the next day at FAC saved me! 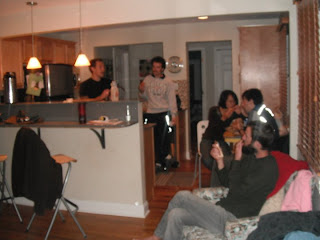 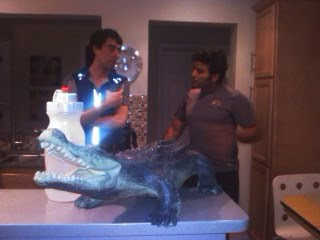 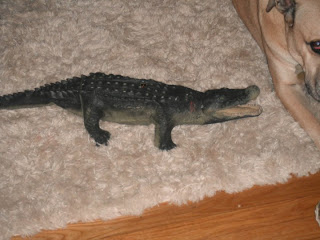 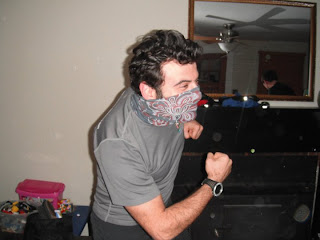 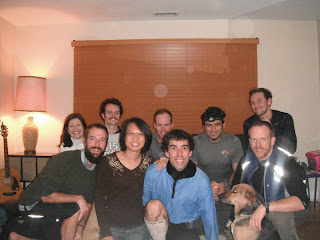 We then gathered our things and headed up to the Mt. Pisgah parking lot to begin the 1.5 mile hike to the summit. We left the house around 11:00 to drop supplies off along several MST/BRP crossings as we carpooled to the Pisgah parking lot. Surprisingly, the clear night was warmer than expected on the summit (temps would dip below freezing in Asheville) and the views were outstanding. 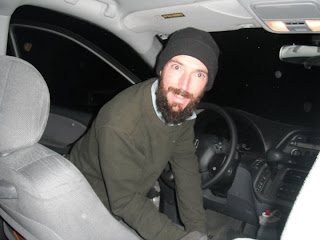 The Run
I'd been looking forward to a night run for a while, and with one week to Pinhoti, I figured this was as good a time as any to run 50-60 miles. I was feeling really happy that Dave called and asked me to join him. It was a beautiful night, much warmer than expected, with the quarter large orange moon rising on the eastern horizon.

At we neared the summit of Mt. Pisgah, I made a couple of calls and texts. We all synchronized our watches, took a group photo, howled at the moon, and set off. Immediately, the warmer temps were a problem, and clothes had to start coming off. Thanks to Jon, we were able to shed some layers and leave them in Adam's car at the Pisgah parking lot.

Weird thing was, Dave and I had some trouble getting in to a good groove right off. Eventually, we settled in, but after several hours on the Shut-In Trail, moving especially slow due to the dry leaves, we were both pretty tired of night time trail running. So of course, sleepiness and a sudden temperature dip combined to make the next hour or so a complete suffer fest. My texts say it all:

We had picked up Mohammed a bit earlier and learned he had gotten lost back at Bent Creek. He was struggling with heel pain, and I felt very bad for him.

I rolled into FAC around 9:30, and Dave had been there a good 20 minutes already. I was starving, and Dave came to the rescue with pizza, gels, and a protein bar. I already knew I was probably going to try to make it to Bee Tree Gap to get 50 miles in, so I set off getting water and trying to move along. I left the FAC at 10:00. 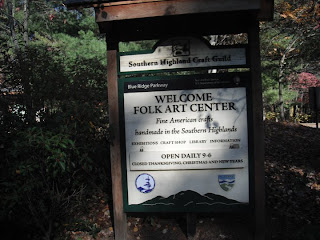 The next 15 miles were difficult. Like I even needed to say that. It was definitely run when you can walk when you have to time. I want to give a special shout out to Mad A for putting out aid along the course the day before. Without that help, many of us would have suffered more. Thank you Adam!

East from Bull Gap at 3,100 feet to Lane Pinnacle at 5,230 feet was a sonofabitch. In most places, the trail is in good condition, with great winter views, and easy to follow. Just follow the white circles all the way up. On the way, you pass the Rattlesnake Lodge site at 3,700 feet. But then you begin a vicious, never ending climb to Lane Pinnacle. 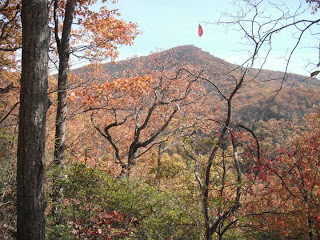 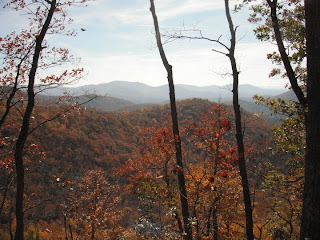 Texts were no longer enough- I needed full phone support to get through this rough patch. The combined mental and physical fatigue made me start to doubt if I were really on trail, even though I kept seeing the white blazes. I was alos seeing grocery stores, chain link fences, boats, horses , and runners- all of whom were probably not there.

I had phoned jon Harrison earlier, and he was scheduled to pick me up at Bee Tree Gap around 3:00. I talked to him several times on the phone and he could tell I was done. He hiked in to find me at Lane Pinnacle and we hiked down a spur trail to Adam's car.

I'm going to end this post early and come back and add some pictures. Pinhoti is calling my name, but it just feels wrong to leave for Alabama without posting about this awesome race.

Mad A and Mike Mason did did a phenomenal job out there. It was really inspiring to see them at Mt. Mitchell. Thanks for a great weekend, guys! See you on the trails soon. 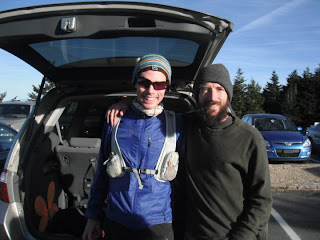 Chettah and Mad A. 'Nuff said. 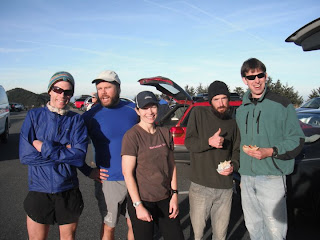 This is what stoked people look like when they're tired. 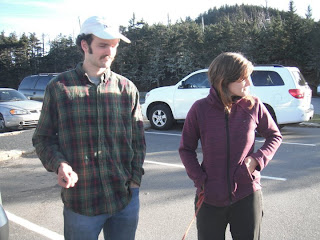 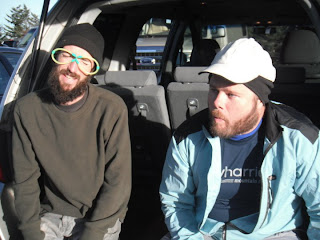 Glow stick glasses: a definite MUST for next year!